N.J. May Extend August deadline for towns to decide if they want Recreational weed business

N.J. May Extend August deadline for towns to decide if they want Recreational weed business. The deadline is here to decide. They will welcome or block future legal marijuana businesses, a state lawmaker wants to Extend the Deadline by 60 days. 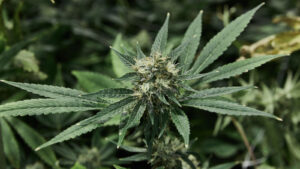 Assemblyman Christopher Tully, D-Bergen, Recently introduced a bill  that gives local elected officials an Extra 60 days beyond August’s deadline to enact an ordinance either Allowing or banning Recreational Weed Business and cannabis Stores and Dispensaries from opening in their Towns. As of now the NJ Governor made a Law for local Governments who take no action by the deadline. They would have to abide by a set of rules for five years. The law was written this way in order to allow the Massive Marijuana industry more Chances for Success.

Edmund DeVeaux, An Officer of the NJ CannaBusiness Association, endorsed this legislation. Absent state rules regulating the industry, which are also due on Aug. 21. Who Stated “The one thing that has been clear since February of this year has been the confusion over municipal guidelines in the emerging cannabis economy”. And “The NJCBA is in conversations with several communities as to how to best deal with the looming opt-in/opt-out deadline. Supporting the extension is one more way the NJCBA supports municipalities in ensuring the state develops a responsible, sustainable, diverse, and profitable cannabis industry”.

State Legislature Need to move fast if they wanted to Place the bill in Law. Lawmakers had until the end of June to hold hearings, vote on it and send it to Gov. Murphy before the Legislature Went on recess.

Sea Isle, Brick Town and Bridge Water are among the towns that have banned The Recreational Weed Business and Marijuana sales.  Other communities have said they are opting to block Pot businesses until the state Cannabis Regulatory Commission releases a set of rules use to regulate the new market.